SOLD OUT – A conversation at Magpie’s bar with Seumas Coutts of M5 Arts and the ART HOTEL and Omari Tau of RMP turned to this proposition- Why not perform an opera that takes place in a busy restaurant in an actual restaurant? 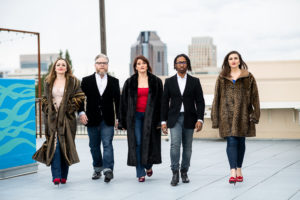 Director’s Note for The Stronger
Premiering in 1952, Hugo Weisgall’s The Stronger began as an experiment. Even with the
brilliant Dominick Argento at the keys, chain-smoking, and serving as prompter, he couldn’t find
success with his original Estelle. After some work on the score and recasting the role, the piece
has remained his more frequently performed opera.
Richard Hart’s adaption of the play by August Strindberg captures Estelle’s descent into
paranoia and posturing. Strindberg’s notion that characters could have multiple motivations
for their actions was new. It feels real and new again in the Weisgall-Hart creation with music
that seems equally taut and elastic, tonal and atonal, rhythmic and recitativo.
Presenting the work in an actual restaurant provides the right sort of purgatory for Estelle: eyes
watching, judging, silent.

The Stronger – Synopsis
Two women, both of them actresses, meet in a quiet restaurant late Christmas Eve afternoon.
Estelle arrives in a happy mood, laden with Christmas shopping bags. Without invitation, she
joins Lisa and launches into a stream of patronizing gossip about her marital happiness, her
children, and the devotion of Harold, her husband. It would seem Lisa apparently had been
close friends with him in the past. Estelle put an end to the relationship.
As she tosses off one cocktail after another, Lisa’s silence and her failure to respond to either
gossip or teasing infuriates Estelle, leading her to open hostility, and finally to insinuations
about Lisa’s former relationship with Harold. Becoming a bit drunk, she begins to rage, accusing
Lisa of scheming to win Harold, even after his marriage, and of having plotted under the guise
of friendship to dominate her and subtly govern her taste, the management of her home, and
even the choice of name given to her son. Carried away with suspicion, she paints Lisa as a
monster, a vampire.
Having unburdened herself of resentments which had been plaguing her for years, she relaxes a
bit. Recalling that after all, it is she, not her rival, who possesses husband, home and children,
she collects her things, bids Lisa a patronizing “Merry Christmas” and exits. Lisa is left alone, still
silent. 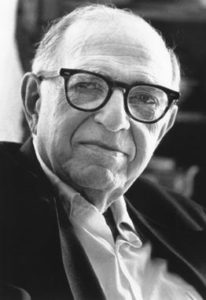 Hugo Weisgall, composer (1912-1997)
One of America’s most important opera composers, Hugo Weisgall’s output also included
orchestral, chamber and choral works, eight major song cycles, and music for ballet. His opera
Six Characters in Search of an Author brought Weisgall national acclaim when it was first
performed by the New York City Opera in 1959. The same company commissioned and
performed his Nine Rivers from Jordan in 1968, and later staged his Esther , based on the biblical
story. His other operas include Athaliah , The Gardens of Adonis , Jenny/or The Hundred Nights ,
Will You Marry Me? , The Tenor , and his most frequently performed opera, The Stronger .
A descendent of four generations of cantors, Weisgall was commissioned by the Friends of the
Library of Jewish Theological Seminary to write a song-cycle for the 500th anniversary of the
expulsion of the Jews from Spain. Among his more personal works were children’s pieces
written for his grandchildren.
Born in Czechoslovakia on October 13, 1912, he came to the U.S. in 1920 with his parents.
During World War II, he was assistant military attaché to the governments-in-exile in London,
and later served as cultural attaché in Prague. 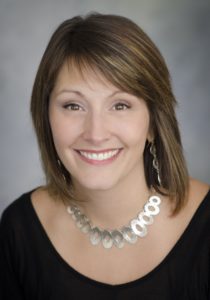 Known for her soaring voice and richly nuanced characters, soprano Carrie Hennessey is
consistently thrilling audiences and critics in opera and concert appearances around the world.
Ms. Hennessey’s much-awaited debut in Previn’s A Streetcar Named Desire “gave us a Blanche
that let us burrow into her character’s soul, even into the darkest crevices…Hennessey, using a
one-two punch of music and drama, made it resonate in a way that equaled the finest stage
performances of the part I’ve seen.” 2019/2020 includes a role debut as Estelle in the opera The
Stronger, Blitzstein’s Triple Sec and a world premiere of the opera Bones of Girls by librettist,
Cristina Fríes and composer, Ryan Suleiman. The aforementioned performances will all take
place with The Rogue Music Project, a collective of performers that cultivates adventurous
musical and theatrical experiences. Other performances include Carmina Burana, Beethoven’s
Symphony No. 9, Gounod’s Messe solennelle en l’honneur de Sainte Cécile, Brahms’ Requiem, as
well as numerous recitals, cabarets, and continuous music education projects.
Recent performances include a celebration of Leonard Bernstein’s music with concert
“Bernstein 100” with the Colorado Symphony and Sinfonia Chamber Brass, a recital in several
East Coast venues “Crisis of Faith” with bass Paul An of arias, duets and scenes from new operas
including several world premieres, Song of Sacramento featuring 8 world premieres of songs
written by Sacramento area composers, Fauré Requiem , Brahms’ Requiem , an all Schubert
recital with pianist Gayle Blankenburg and cellist Susan Lamb Cook, as well as several
performances with the Rogue Music Project. Recent past performances include Ms.
Hennessey’s orchestral debut of Strauss’ Vier Letzte Lieder with conductor Daniel Stewart ,
Mozart’s Exsultate, Jubilate! and Requiem , Beethoven’s Symphony No. 9 , Mahler Symphony No.
2 and Symphony No. 4 , and several chamber works including Respighi’s Il Tramonto , Ravel’s
Trois Poèmes de Stéphane Mallarmé and William Walton’s Façade .
Ms. Hennessey is an active recitalist, performing songs of the beloved American composer,
Ricky Ian Gordon, Strauss’ Vier Letzte Lieder, Barber’s Knoxville: Summer of 1915, and several
recital performances of the recital titled “To Live and Die for Love: The Heroines of Puccini”. Ms.
Hennessey continues to give Master Classes and to reach out musically in the communities in
which she works and keeps a busy vocal studio in Northern California. Past engagements
include her debut with the Houston Symphony, NYC performances of Poulenc’s French
melodrama La Voix Humaine as well as European appearances at Reduta Hall in Bratislava,
Rudolfinum Hall in Prague, the International Mahler Festival in Jihlava, Czech Republic,
Concertgebouw in Bruges, Ypres, Belgium and at the Liederhalle in Stuttgart, Germany. 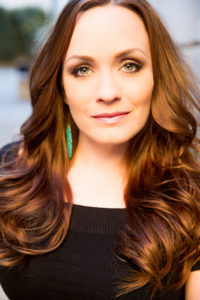 Hailed as a pianist “in the league of Carnegie Hall,” a “rising star” whose playing is “lush, sensual
and colorful: like a painting” (Sulzbach-Rosenberger, Germany), and a “powerhouse” (Victor
Forman, CapRadio) who possesses an “extraordinary skill” (D. Frantztreb, S.C.C.), Jennifer
Reason is making her mark in Sacramento in a variety of different roles and has been
recognized as such with the Sacramento Business Journal’s Top 40 Under 40 Award, 2016.
In the nonprofit sector, Ms. Reason can be found as Artistic Director of RSVP, a 16 voice
acapella ensemble that raises money for underfunded local charities through captivating
concert series created to musically highlight each charity’s mission, and 100% of the proceeds
are donated to those organizations, totaling over 35 so far. She is also a founding member of
10-year-old new music ensemble Citywater, an acoustic sextet with whom she is dedicated to
educating all ages on the boundless possibilities in music, and with whom many living
composers and brand new artistic endeavors are supported. She extends this passion for
education and exposure to her mash-up band, the ReAssemblers of Whimsy, a group who
expertly arranges opera arias with pop, jazz, rock, and many other genres!
Professionally, Ms. Reason has performed all over the world, and has appeared at multiple
international festivals as a soloist and ensemble member, and also in world-renowned venues
which also include the likes of the Vatican and Carnegie Hall. She recently completed her 9th
European appearance as a touring member of the California Youth Symphony in June 2018. She
also extends her love of performance to the theater and has acted as Musical Director to
productions such as the world premiere of Max Understood at Cowell Theater San Francisco,
and Disney’s Shakespeare Understood for Marin Theater Co. Away from the piano, you can hear
her as the Midday Classical Host for Capital Public Radio. More at www.jennifer-reason.com 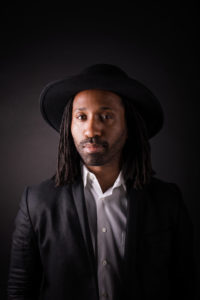 Omari Tau is known primarily as a singer of styles ranging from classical, jazz, and musical
theater to pop and R&B. Similarly, his experiences as an artist intersect across broad spectrums,
including composition, performance, and both musical and stage direction.
Tau received degrees in Music Education at Michigan State University and his Master of Music
in Vocal Performance at the University of Houston, Moores School of Music where he studied
with mezzo-soprano, Katherine Ciesinski and director Buck Ross. Studying with Mr. Ross, Tau
developed an eye for fast-paced, quick-witted comedy, deep drama, and he began to develop a
language for problem-solving on the stage. This led to his being selected to direct Houston
Grand Opera’s traveling opera troupe for young audiences, Opera To Go!, a program that
served as a training ground for young singers.
Tau continued his exploration of the voice which led to experiences performing in avant-garde
musical styles at Fondation Royaumont’s Voix Nouvelle, to singing in operas at the young Opera
In The Heights, and in musicals such as Disney’s The Lion King, a show which he toured for
nearly nine years.
During his travels on the road with The Lion King, Tau was commissioned by Houston Grand
Opera’s HGOco in conjunction with The Anti-Defamation League to create a socio-musical
theatrical experience entitled I Am Called “Me” in conjunction with the No Place For Hate
campaign. He also produced, composed, and directed a bawdy musical theatre romp entitled
Kill! Kill! or Die! A Zombie Rock Opera , which featured the national artists that he worked
alongside each night. Tau continued his connection with the more formal operatic community,
including being commissioned to compose his one-act opera Hans In Luck for Lone Star Lyric
Theater Festival in 2011.
After life on tour, Mr. Tau became Director of Opera Theatre at Sacramento State University,
rebuilding a once larger program with the fundamentals of stagecraft for singers, accompanied
by an encouraging atmosphere of curiosity for the broader understanding of the operatic art
form and its history as a base. Still performing, Tau performed the role of Hud in Broadway in
Music Circus’ much-lauded production of Hair as well as a number of other productions with
the company. In 2013, he directed The Bremen Town Musicians for the Sacramento Opera
which marked a return to such programming after some years.
After six years with Sacramento State University’s Opera Theatre, Tau joined the Music faculty
of Cosumnes River College where he is currently a professor of Vocal Music. 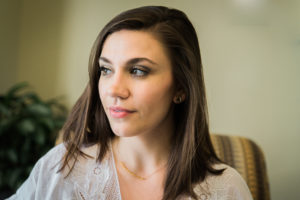 Sarah Fitch, a native of Houston, Texas, made her professional debut with Knoxville Opera as
Stéphano in an operatic adaptation of Roméo et Juliette in 2012. She returned to Knoxville
Opera in 2013 as Wowkle in Giacomo Puccini’s La Fanciulla del West , in 2014 as Hebe in H.M.S.
Pinafore , and Ines in Il Trovatore in 2015. Sarah performed the iconic titular role in Bizet’s
Carmen with the Midwest Institute of Opera in July of 2014. She has also performed with
Marble City Opera as Maggie in The Gift of the Magi in December of 2013. Sarah completed her
Master’s degree at the University of Tennessee where she performed the roles of Lucretia in
Benjamin Britten’s The Rape of Lucretia , Cherubino in Mozart’s comic masterpiece Le Nozze di
Figaro , and Mrs. Nolan in Menotti’s The Medium . Sarah completed her undergraduate degree
at the University of North Texas where she performed the roles of Gertrude in Roméo et
Juliette , Principessa in Puccini’s Suor Angelica , Mrs. Gibbs in Copland’s Our Town , and
Marcellina in Le Nozze di Figaro . Since moving to Sacramento in 2016, Sarah is thrilled to be
continuing her performing career with the unorthodox, and highly entertaining Rogue Music
Project. 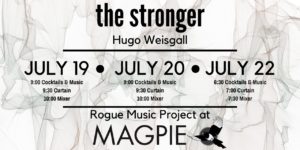 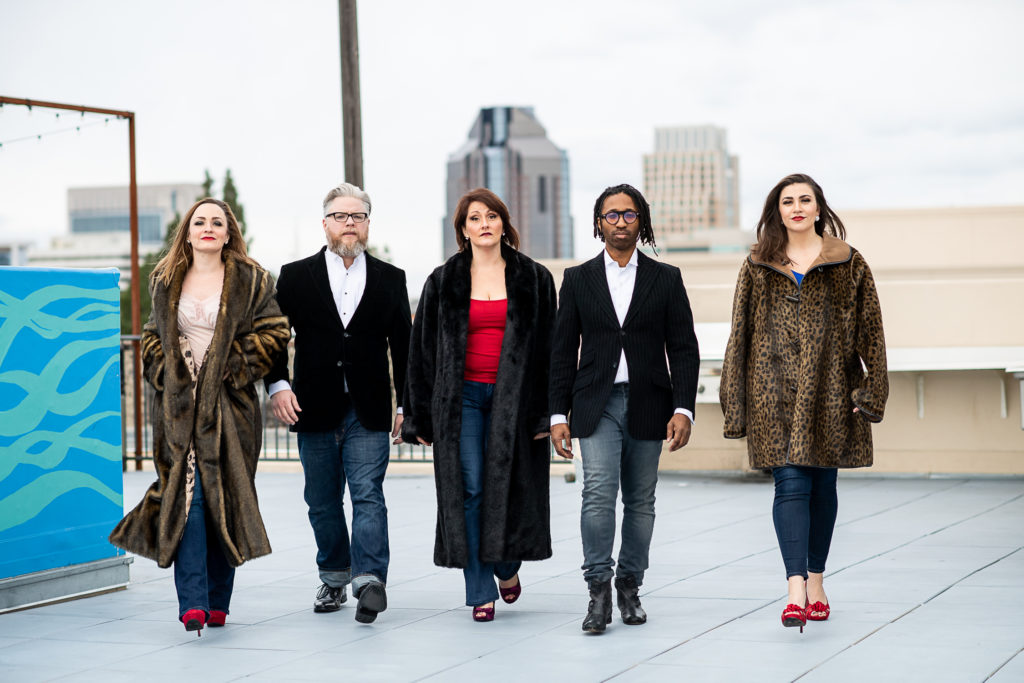 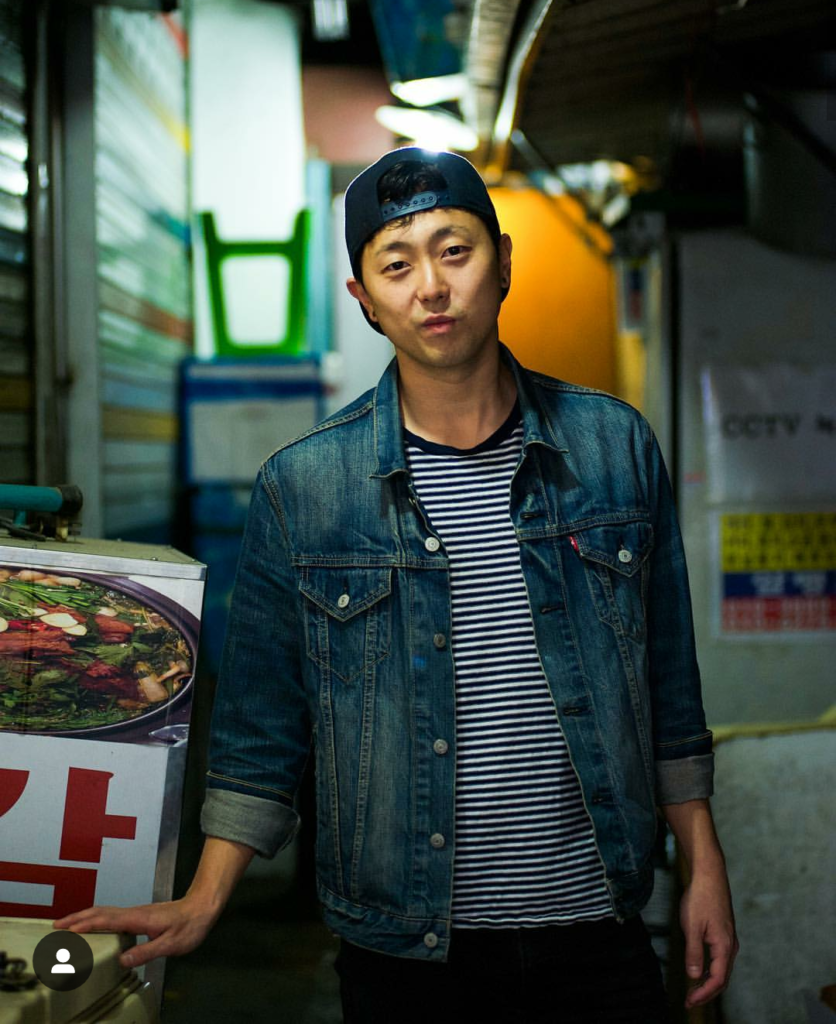 SOLD OUT- Pop up! 5/20 Contemporary Korean with Greg Norrish of -Ida restaurant in Seoul at Magpie